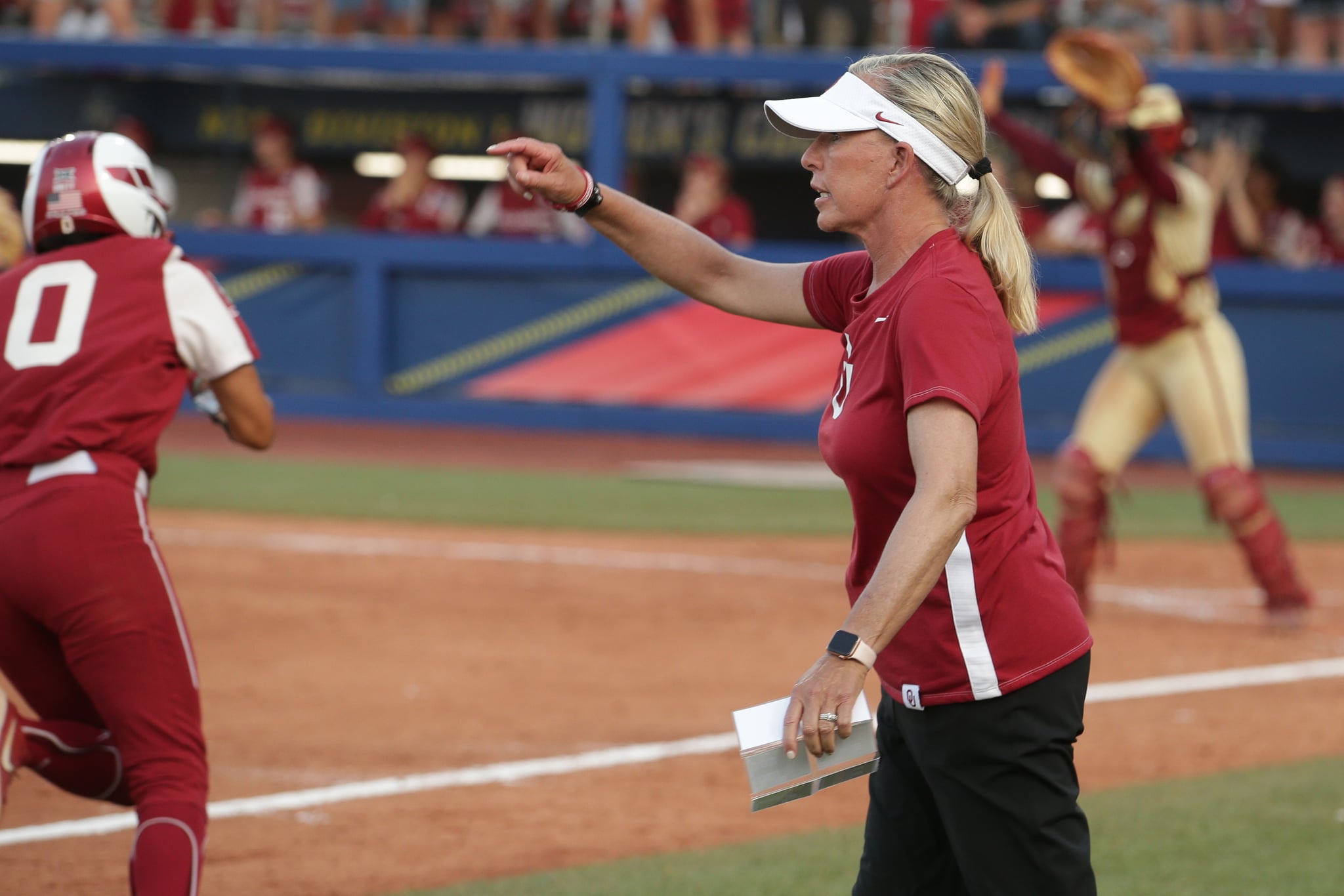 By now, we’ve seen time and time again how men’s and women’s sports just aren’t treated equally. Look no further than the pitiful weight room situation during this year’s March Madness tournament (the upgraded version after a major public outcry was too little, too late) to the four-time World Cup-winning USWNT’s quest for equal pay.

Legendary Oklahoma Sooners softball coach Patty Gasso, coming off her fifth Women’s College World Series (WCWS) win, spoke openly about the inequities softball players face, especially in the NCAA. She was a guest on the ESPNPlus show Stephen A’s World with host Stephen A. Smith and brought up the disparities in locker rooms, amenities, and instant replay availability, among other things.

“As much as people enjoy watching us — and there’s a lot of revenue and a lot of eyes on this championship, it’s the fastest growing sport that America is watching, and the numbers show it — and yet, we’re still not being treated or have the same opportunities, amenities that others do,” she said on the show. “And it’s sad for me.”

She brought up that teams have to find their own batting cages during the WCWS, which is “unheard of.” It’s definitely unacceptable for softball teams competing at that level.

“I’m not really one that is a huge advocate,” she said during the interview. “I’m not one that speaks up. I usually let others do that. But I’m being brave and trying to stand up more for this sport, to say these players and this coaches and these teams deserve more.”

During the WCWS earlier this month, Gasso was vocal about how scheduling was “not right” when Oklahoma played Florida State at 11:50 p.m. in a game that didn’t end until after 2 a.m. “If we’re about the welfare of the student athlete. . . then do something,” she said at the time. “I don’t know who needs to do something. But having these guys get home at three in the morning and then prepare for the next day — it completely throws off your rhythm of sleep, hydration, of eating.”

Watch more of Gasso’s appearance from Smith’s ESPNPlus show below.

Oklahoma coach Patty Gasso spoke out about the facilities at the WCWS. pic.twitter.com/eXR2DeemZN